Back to "about me"

TIBCO EMS is an implementation of the Java Messaging Service model in use an numerous Fortune 500 companies. Many companies deploy large groups of EMS server's to support high persistent message volumes.

In 2006 I began working with the Messaging group to create a tool for configuring large groups of servers from one location. Version 1.0 of the EMS Central Administrator was released in 2007. It is an Eclipse based UI that works with an Apache hosted server containing SVN and several servlets. 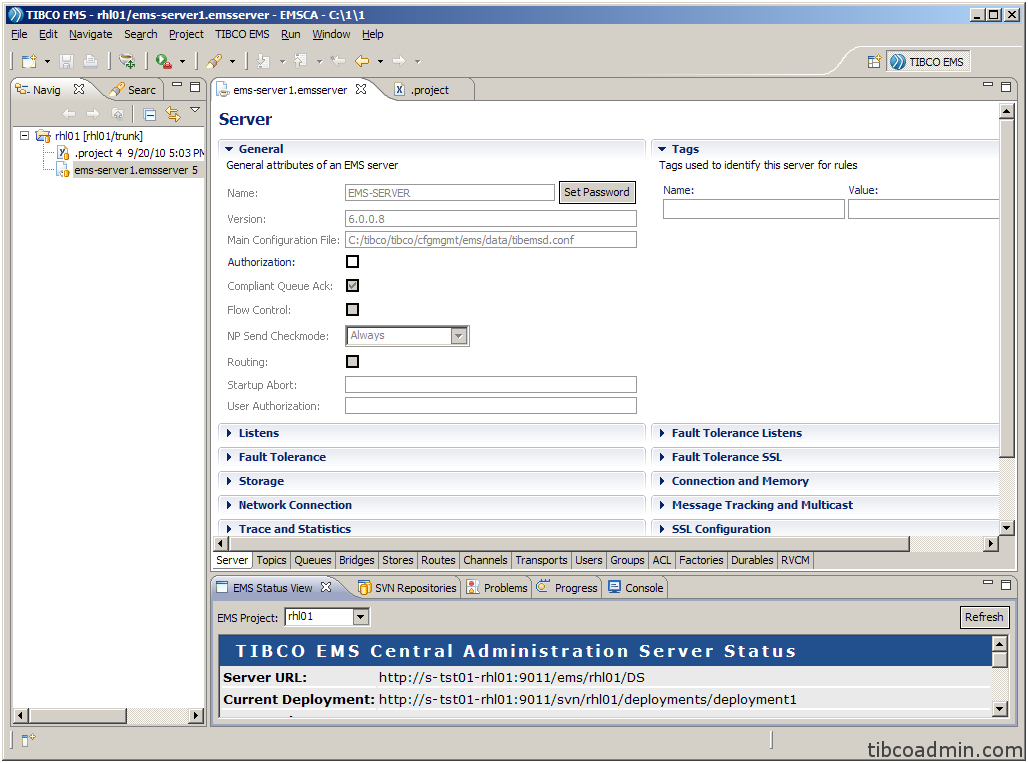 Users of EMSCA 1.0 edit configurations in Eclipse, either directly or with rule sets that they can configure in Eclipse. These configurations are stored in SVN and deployed out to EMS servers by a servlet using the EMS administrative API.

Based on user feedback, we moved EMSCA to a web application in 2011. My roll in this project was primarily as an architect. The design of EMSCA 2.0 closely resembles the FTL Realm Server GUI.

tibco java ems eclipse
Back to "about me"